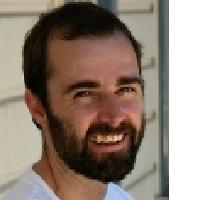 My interests lie in the development of vision systems for long term robotic applications ranging from underwater and ground to airborne autonomous platforms. The overarching theme of my work is in robust visual perception for robotics and the major areas I have contributed to include:

1.      Multiple robotic platforms that communicate visual maps to other robots and humans building a consolidated representation of a large scale outdoor environment. Vision was the primary sensor for perceiving the world with a focus on representations that could be communicated efficiently, fused with other information consistently, in a decentralised manner.

2.      A full-sized commercial vehicle able to navigate and localise in urban environments. The vehicle was able to obey traffic rules and drive within lanes, strongly aided by visual information. This was the only Australian entrant to the USA Urban DARPA Grand Challenge which was a major demonstrator for the capabilities of robotics in civilian spaces.

3.     Dragline payload density estimation for optimising mining production. Robotics and automation play a major role in mining and perception in unstructured environments is not only crucial for robust operation but also for streamlining the entire productivity pipeline. This work demonstrated real-time estimation of payload density, enabling accurate calculations of total mined product and illustrated how to improve production capacity.

4.     Robust multiview vision algorithms for robots in harsh and challenging environments. I have developed short baseline stereo algorithms that are robust to vibrations and pressure changes between stereo cameras with views of environments at long ranges. This work is particularly suited to vision only pose estimation and 3D reconstructions of visual observations from Unmanned Aerial Vehicles and autonomous submersibles.

This work falls under the research area of the CyPhy lab which focuses on robotics in general.