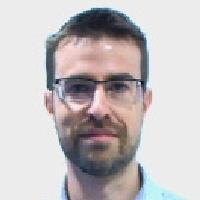 Dr Wark completed his PhD in the area of multi-modal signal processing in 2000, developing some of the early research results around speech and face fusion for automatic speaker recognition.

He subsequently worked for a number of years for Canon Research, focussing on various signal processing and pattern recognition research problems for portable digital video cameras.

Dr Wark joined the e-Health Research Centre within CSIRO in 2004 focussing on areas around biomedical sensing and people tracking with low-power sensor networks.

He subsequently joined the Autonomous Systems Laboratory in 2006 leading projects in the area of environmental and agricultural sensing before taking on the role of Team Leader in the area of Sensor Information.

In 2010, Dr Wark took up the role of Group Leader in Pervasive Computing and subsequently the role of Theme Leader for the National Security Technology Partnerships theme in 2011 before taking up the role of SSN TCP leader in September 2012.

Dr Wark is on the editorial board of the journal 'Sensors' has been on numerous international conference program committees in the areas of sensor networks and pervasive computing.